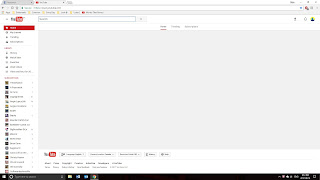 This is my front page on YouTube there is never anything displayed on it in the AxeMoose account but in my tag channel there is. 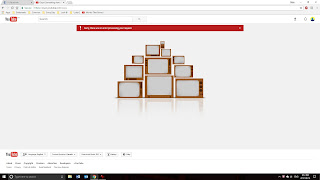 When I go to community setting (where the filters are) I get this, but only in the AxeMoose channel. 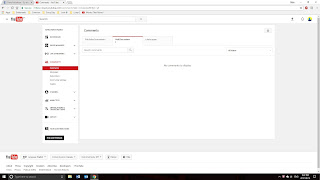 It keeps telling me there is a comment held for review and I have literally no filters set, so this is not possible. As well I've had it say I have up to 4 spam messages and there was nothing in the spam box.

Most people who want notifications are not getting them. Some people once again can not comment or reply to comments.

One time people I know had ALL of their private videos set to public on them. It's also in the past made a video I deleted come back to life. Not to mention that now and then it will eat the thumbnail on a video on you.

One person I know who is not at his subscription limit yet can not subscribe to new channels and ended up making a new channel because of the bug.

I've got email notifications set to ONLY send out when I get a new subscriber or get a private message - yet I have had several emails notifying me of comments and people posting videos.

The best ever was when it showed me someone else's videos in my video page NOT MINE. It had my name in the corner but not one of the videos was mine. I refreshed and mine showed up.

I've had it tell me my network was slow many many times in the last 2 years when I do a test it's blazing fast up and down - so much for that...

One time I had to unsub someone and resub as it would not play any of their videos for me until I did this.

I've not only LOST subscriptions I had, but people I have not subscribed to where added to my feed several times and I had to go and unsub them. Every time this happened it was a very large channel with lots of subscribers.